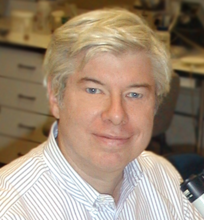 Allan Spradling received his B.A. degree in physics from the University of Chicago and PhD. from M.I.T in cell biology.  During postdoctoral studies with Tony Mahowald at Indiana University, he developed a lifelong interest in eggs.  He joined the Department of Embryology at the Carnegie Institution in Baltimore in 1980, became an HHMI Investigator in 1988, and served as Director from 1994-2016.  Spradling is a member of the U.S. National Academy of Sciences, the American Academy of Arts and Sciences and the American Philosophical Society.  He has received the NAS Molecular Biology Prize (with Gerald Rubin), the George W. Beadle Award of the Genetics Society of America, the E. F. Conklin Medal of the Society for Developmental Biology, the M.C. Chang award in reproductive biology, and the Gruber Foundation Medal in Genetics. His research interests continue to focus on the molecular genetics of egg production in Drosophila and mice.  En route, his studies have led to insights into stem cells, polyploid cells and most recently- Fragile X Syndrome and autism.