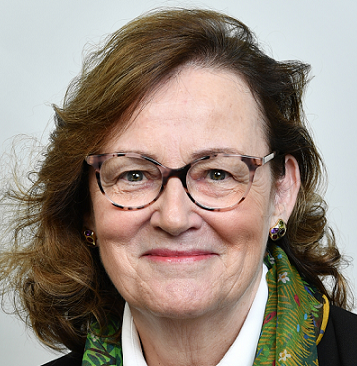 Christine Petit, MD, PhD, a professor of genetics and cellular physiology at the Collège de France and the Institut Pasteur, has made landmark contributions to our understanding of the genetic and molecular mechanisms underlying hearing and hearing loss. By studying geographically isolated consanguineous families with a history of profound deafness—an innovative approach at that time—Petit mapped the first two genes involved in childhood autosomal recessive deafness (DFNB1 and DFNB2). She went on to identify more than 20 genes that cause hearing impairment. Using mouse models of human deafness, she developed in her lab, Petit then conducted a series of groundbreaking multidisciplinary studies in which she demonstrated how various genes, the proteins they encode, and their complexes affect the neurodevelopmental and neurophysiological processes involved in hearing. Petit’s work has had enormous clinical implications. It has unveiled the enormous genetic heterogeneity of early onset forms of deafness, transformed the diagnosis of hereditary deafness, elicited the underlying pathogenic mechanisms of numerous of them and with her colleagues, is developing promising gene therapies for both congenital and late-forming types of hearing loss.