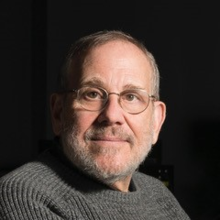 Dr. Joshua Sanes studies the formation of synapses, the connections that transmit information between nerve cells. For many years, he used the neuromuscular junction to elucidate the intercellular communication systems that lead to formation and maturation of the synapse. More recently, he has focused on how specific connections form in the visual system to generate the complex circuits that underlie the processing of information. He and his colleagues have also pioneered new ways to mark and manipulate neurons and the synapses they form. These studies have not only led to discovery of key genes responsible for neural development molecules but also generated insights into neurological disorders, axonal regeneration after injury, and age-related decline in synaptic function. Their work has been published in over 380 papers.Dr. Sanes received a BA from Yale and a PhD from Harvard. He served on the faculty of Washington University for over 20 years, before returning to Harvard in 2004 as Professor of Molecular and Cellular Biology and founding Director of the Center for Brain Science. He has served on the editorial board of several scientific journals, including Cell and Neuron; as a member of the Board of Scientific Counselors and the National Advisory Council of the National Institute of Neurological Diseases and Stroke (NIH), the Council of the Society for Neuroscience, and NIH planning committee for the BRAIN Initiative and the Audacious Goals Initiative; and on advisory panels for the Max-Planck Institute, Wellcome Trust, Howard Hughes Medical Institute and NIH. He has been elected to the National Academy of Sciences and the American Academy of Arts and Sciences. He has given Grass, Harvey, Hamburger and Kuffler Lectures as well as over twenty other named and keynote lectures. His work has been honored with the Schuetze and Gruber Awards.