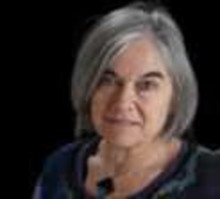 Marlene Belfort is a member of the National Academy of Sciences, and a fellow of the American Academy of Arts and Sciences, and the American Academy of Microbiology. She is a distinguished professor at the University of Albany where her lab research focuses on the structure, function, and regulation of introns and inteins, along with their applications in biotechnology and infectious disease. She also served as an advisor to UAlbany while they launched the RNA Institute.

Professor Belfort held a 33 year research appointment at the Wadsworth Center, the public health laboratory of the New York State Department of Health. It was there that she was part of the discovery of self-splicing introns in bacteria. She provided new insights into genome organization, and the role of introns, mobile elements, and RNA biology in the evolution of life.

Professor Belfort received her undergraduate degree from the University of Cape Town and her PhD from the University of California at Irvine. In addition to serving on the NIH Council of Councils, she has chaired the Pioneer Award and Early Independence Award study sections. She has received awards for mentoring, including the Alice Evans Award for contributions toward fostering the advancement of women, and written extensively about creating a lab environment that supports research and raising a family.