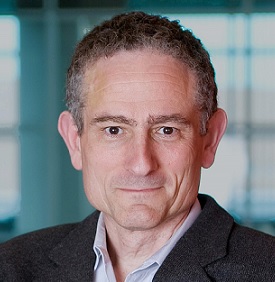 Corey Goodman, PhD, a founding partner of venBio Partners in San Francisco, Calif., pioneered the use of genetic screens to identify the ligands, receptors, and their regulators that control axon guidance in insects. In his labs at Stanford University and later at the University of California, Berkeley, Goodman and his colleagues used those screens to isolate Semaphorins and Slits, two important evolutionarily conserved families of guidance molecules that guide axons during neural development, which were also independently identified in vertebrates.  He also identified the Roundabout (Robo) family of Slit receptors, the Robo regulator Commissureless (Comm), and the Plexin family of Semaphorin receptors. Among his other seminal findings from these screens was the discovery of a molecular peripheral pathway label and its motor axon receptor, molecules that others subsequently showed defined gene families involved in axonal guidance along pathways toward their targets. Goodman’s work helped to establish that the molecules guiding axon development are highly conserved throughout the animal kingdom, a development that revolutionized the field.