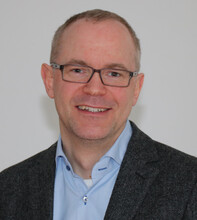 The research of Hans Ringström is focused on mathematical problems arising in the general theory of relativity, in particular cosmology. In 2000, he demonstrated the oscillatory nature of the mixmaster big bang singularities, in accordance with the Belinskii-Khalatnikov-Lifschitz (BKL) Conjecture. In 2009, he demonstrated strong cosmic censorship in the Gowdy symmetric setting, and in 2013 he demonstrated the future global non-linear stability of the currently preferred models of the universe. His current research interests include the study of big bang singularities in the absence of symmetries.

In 2008, Professor Ringström received the Friedrich Wilhelm Bessel Research Award from the Alexander von Humboldt Foundation. In 2011, he received the Göran Gustafsson Prize in Mathematics and in 2015 he was elected member of the Royal Swedish Academy of Sciences. He is currently a professor at KTH Royal Institute of Technology and, since 2018, the Deputy Director of Institute Mittag-Leffler.