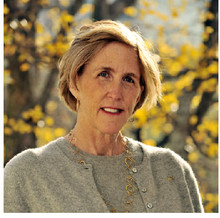 Helen Hobbs received her undergraduate degree from Stanford University and her medical degree from Case Western Reserve University School of Medicine. After obtaining her clinical and post-doctoral training at Columbia-Presbyterian Hospital and University of Texas (UT) Southwestern Medical Center Dallas, she joined the faculty of UT Southwestern. She is currently Professor of Internal Medicine and Molecular Genetics, as well as Director of the McDermott Center for Human Growth and Development, at UT Southwestern. Since 2002, she has been an Investigator of the Howard Hughes Medical Institute. In partnership with Jonathan Cohen, she has identified genes and sequence variations contributing to metabolic and cardiovascular disorders with a focus on lipids and lipoproteins. Together they showed that rare genetic variations contribute to complex traits in the general population. By concentrating on alleles of low frequency and large phenotypic effect size, they have discovered new therapeutic targets for the prevention and treatment of heart disease. Most recently, they identified genetic variants that contribute to the full spectrum of fatty liver disease, extending from hepatic steatosis to cirrhosis. Professor Hobbs was elected to the Institute of Medicine, American Academy of Arts and Sciences, and the National Academy of Sciences.