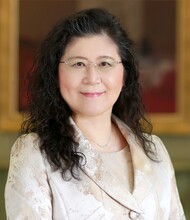 Dr. Ikue Mori is Director of Neuroscience Institute and Professor of Molecular Neurobiology of the Graduate School of Science in Nagoya University, Japan. She graduated from Ochanomizu University, Japan, in 1980 with a B.S. in Biology. While she was a M.S. student majoring in population genetics using Drosophila melanogaster in Ochanomizu University, she studied theoretical biology and evolution in University of Sussex, UK, under the supervision of Dr. Brian Charlesworth as a visiting student for one year, supported by Ministry of Education, Culture, Sports, Science and Technology of Japan. From April to August in 1983, Dr. Ikue Mori was supervised by Dr. Kunitada Shimotohno to learn Molecular Biology at National Cancer Research Center Institute, Japan. In September 1983, she joined Biology and Biomedical Science Program in Washington University, where she studied Genetics in the nematode Caenorhabditis elegans under the supervision of Dr. Robert Waterston. After receiving her PhD, she was appointed as Assistant Professor in Kyushu University, Japan, where she started to work on thermotaxis in C. elegans, aiming to clarify molecular, neural and circuit mechanisms underlying learning, memory and decision-making. Since 1998, Dr. Ikue Mori established her lab in Nagoya University, Japan, where she was first appointed as Associate Professor, and Full Professor in 2004. She established Neuroscience Institute in the Graduate School of Science in Nagoya University in 2014, and has been acting as the first Director of Neuroscience Institute. Dr. Ikue Mori contributed to understand how a behavior is generated and executed using C. elegans as a model by the application of system-level and interdisciplinary approaches. Owing to her outstanding work, she was honored by receiving Saruhashi Award in 2006, Inoue Prize for Science in 2006, Tokizane Award in 2013, The Kihara Prize in 2013, Chunichi Cultural Award in 2016, and Medal of Honor with Purple Ribbon from Emperor in 2017. Dr. Ikue Mori is acting as Program Officer of the Interstellar Initiative, which is an international mentorship program for early career investigators organized by Japan Agency for Medical Research and Development.