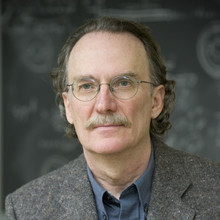 James Evans is a Professor of Physics and the Director of the Program in Science, Technology and Society at the University of Puget Sound. He holds a B.S. in electrical engineering from Purdue University and a Ph. D. in physics from the University of Washington. His research interests include the history of astronomy, especially in the ancient Greek period, and the history of physics from the eighteenth century onward. His books include The History and Practice of Ancient Astronomy, Geminos’s Introduction to the Phenomena: A Translation and Study of a Hellenistic Survey of Astronomy (written with J. Lennart Berggren), and Quantum Mechanics at the Crossroads: New Perspectives from Philosophy, History and Physics (edited with Alan Thorndike). He is editor of the Journal for the History of Astronomy.