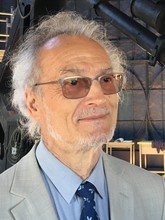 Jean-Loup Puget graduated from the prestigious Ecole Normale Supérieure de Cachan in 1969. He received a Master in Physics from Orsay University, and worked for a Master of Advanced Studies at the theoretical division of CERN on a matter-antimatter symmetrical model of the universe, and got his PhD from Paris University. His extensive list of academic and research positions include fellowships at NASA’s Goddard Space Flight Center and UC Berkeley’s Space Science Department and the directorships of the Institut d’Astrophysique Spatiale and the “Physics Of The Infinitely Large And the Infinitely Small” consortium. In 1995 he assumed the role of Principal Investigator for the Planck High Frequency Instrument. He is a Gruber laureate having received the 2018 Gruber Cosmology Prize along with Nazzareno Mandolesi and the Planck Team.