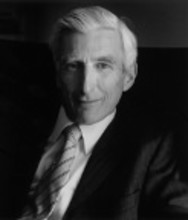 Martin Rees is Master of Trinity College and Emeritus Professor of Cosmology and Astrophysics at the University of Cambridge. He holds the honorary title of Astronomer Royal and also Visiting Professor at Imperial College London and at Leicester University. After studying at the University of Cambridge, he held post-doctoral positions in the UK and the USA, before becoming a professor at Sussex University. In 1973, he became a fellow of King's College and Plumian Professor of Astronomy and Experimental Philosophy at Cambridge (continuing in the latter post until 1991) and served for ten years as director of Cambridge's Institute of Astronomy. From 1992 to 2003 he was a Royal Society Research Professor.

He is a foreign associate of the National Academy of Sciences, the American Philosophical Society, and the American Academy of Arts and Sciences, and is an honorary member of the Russian Academy of Sciences, the Pontifical Academy, and several other foreign academies. His awards include the Gold Medal of the Royal Astronomical Society, the Balzan International Prize, the Bruce Medal of the Astronomical Society of the Pacific, the Heineman Prize for Astrophysics (AAS/AIP), the Bower Award for Science of the Franklin Institute, the Cosmology Prize of the Peter Gruber Foundation, the Einstein Award of the World Cultural Council and the Crafoord Prize (Royal Swedish Academy). He has been president of the British Association for the Advancement of Science (1994-95) and the Royal Astronomical Society (1992-94) and a trustee of the British Museum, NESTA, the Kennedy Memorial Trust, the National Museum of Science and Industry,and the Institute for Public Policy Research. He is currently on the Board of the Princeton Institute for Advanced Study, the Cambridge Gates Trust, and has served on many bodies connected with education, space research, arms control and international collaboration in science. In 2005 he was appointed to the House of Lords, and he was President of the Royal Society for the period 2005-10.

As well as his research papers, he has written eight books (six for general readership), and numerous magazine and newspaper articles on scientific and general subjects.

His main current research interests are:

(ii) Cosmic structure formation -- especially the early generation of stars and galaxies that formed at high redshifts at the end of the cosmic 'dark age'.