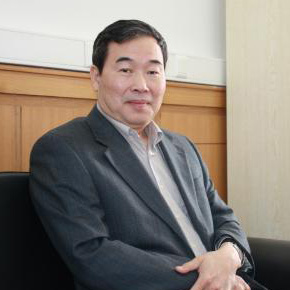 Neuroscientist Mu-Ming Poo, PhD, of the University of California, Berkeley, and the Institute of Neuroscience (ION) at theChinese Academy of Sciences in Shanghai, has pursued an exceptionally wide range of research interests throughout his career. “I characterize my career as a random walk,” he says. “When I bump into an interesting problem, I will work on it for as long as I can contribute. Then I move on.”

Poo has made many seminal findings regarding the molecular and cellular mechanisms underlying synaptic plasticity in the brain. He discovered, for example, that the “communication” tips of motor axons, known as growth cones, are able to secrete the neurotransmitter acetylcholine before coming in contact with muscle cells and that functional synapses form rapidly after nerve-muscle contact. He also found that neurotrophins (proteins that promote the growth and survival of neurons) are able to quickly increase the effectiveness of signal transmission at neuromuscular junctions.

Poo has also made numerous significant contributions to other areas of cellular neuroscience. He has, for example, determined the role of cyclic nucleotides and specific proteins in determining how nerve processes differentiate into axons vs. dendrites and identified a cytoskeletal “meshwork” that emerges at the initial region of the axon to regulate polarized intracellular transport after axon/dendrite differentiation. He has also characterized the time window in spike-timing-dependent plasticity (STDP), a process through which neuronal spiking activity regulates the strengths of connections between neurons.

In 1999, Poo became the founding director of ION, a position he continues to hold today. Through his tireless efforts, that institution has become a renowned neuroscience research institute, producing exceptional research and helping to train a new generation of neuroscientists.