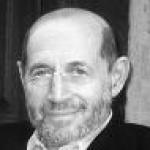 Born in Budapest, Hungary, in 1929, Peter Gruber escaped to India with his parents in 1939, three months before the Second World War engulfed Europe. During the Japanese bombing of Calcutta, his parents sent him to a boarding school in the Himalayas, where he was educated by Irish Christian Brothers and Jesuits. These early experiences sparked what has become a lifelong questioning of the meaning and purpose of life, and a far-ranging search for knowledge and understanding.

After the war, Gruber nurtured his growing interest in science, religion and philosophy as a student in Australia. He also studied Buddhism for a number of years and eventually moved to New York City where he founded the Oriental Studies foundation, which sponsored the translation and publication in English of Tibetan texts. He served briefly in the U.S. Army Finance Corps and later went to work on Wall Street.

In the span of his career, Gruber has built a successful asset management business as a legendary pioneer in emerging markets, making possible the support of areas of special interest to him, from educational programs to the recognition of excellence in the most worthy human achievement.

As for his philosophy of philanthropy: Once, when being asked to fund a health program for the needy, a worthy undertaking, he realized that no amount of money would adequately address this ongoing need. Instead, he chooses to invest in individuals. He has leveraged his ability to effect change by focusing on outstanding individuals most able to contribute to improving our lives. Someone like Sir Alexander Fleming, who played a major role in developing penicillin, presents an ideal example of why supporting the advance of research can be more effective than contributing the same money to alleviate immediate needs. Funds put toward an unending problem would be used up without the problem being solved; conversely strategic funds given to medical research require less investment, but can contribute more to the public good for generations to come.

It is Peter Gruber’s vision, along with that of his wife, Patricia, which established the Gruber Foundation and continued to guide it until the transition to Yale University. Mr. Gruber was an emeritus member of the Board of Directors until his death in 2014.