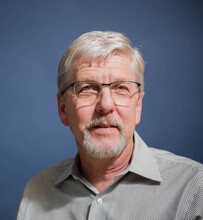 Philip Hieter is a Professor in the Michael Smith Laboratories at the University of British Columbia.  He received his Ph.D. in biochemistry from Johns Hopkins University in 1981, trained as a postdoctoral fellow at Stanford, and was a faculty member at the Johns Hopkins University School of Medicine from 1985 -1997.  He moved to the University of British Columbia in 1997, and served as Director of the Michael Smith Laboratories until 2008.  Dr. Hieter served as President of the Genetics Society of America in 2012, and as President of the Canadian Society for Molecular Biosciences in 2017.  He is Co-Director (with Kym Boycott) of the Canadian Rare Diseases Models and Mechanisms National Network.  Dr. Hieter is recognized for his work on structural and regulatory proteins that ensure faithful segregation of chromosomes during cell division and for relating his findings in yeast to human cancer and therapeutics.  Throughout his career, his work has demonstrated and advocated the value of model experimental organisms for understanding mechanisms of human disease.  Dr. Hieter received the George W. Beadle Award from the Genetics Society of America, and is a Fellow of the Royal Society of Canada and a member of the U.S. National Academy of Sciences.