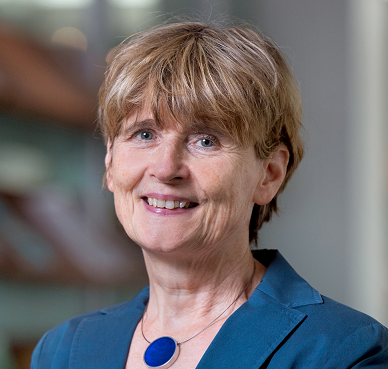 The pioneering discoveries of Ruth Lehmann, PhD, of the Whitehead Institute and the Massachusetts Institute of Technology, James Priess, PhD, of the Fred Hutchinson Cancer Research Center, and Geraldine Seydoux, PhD, of the Howard Hughes Medical Institute and the Johns Hopkins University, have been pivotal in establishing the molecular genetic mechanisms involved in the earliest stages of embryogenesis. Working with the early embryos of the fruit fly Drosophila melanogaster (Lehmann) and the nematode Caenorhabditis elegans (Priess and Seydoux), these three scientists have made discoveries that have transformed the field of germ cell biology, the study of how germ cells (the precursors of eggs and sperm) faithfully transmit genetic information across generations—one of the most fundamental questions in genetics.

Lehmann’s research has primarily involved the fruit fly Drosophila melanogaster, an organism used widely as a model in genetic studies, in part because many of its genes have counterparts in humans. While in graduate school, Lehmann identified mutations on three genes (oskar, nanos, and pumilio) that contribute to defective cell fate patterns during the embryonic development of Drosophila. She then went on to describe the specific role that oskar plays in organizing the pathway that determines the positioning of germ plasm within the embryo. This research contributed to the first genetic framework for the specification of germ cell fate in any organism. A long string of other important findings followed, including the discovery that the translation of maternal effect genes is dependent on the localization of their messenger RNA (mRNA), which, in turn, regulates germ cell specification. Lehmann has also identified the mechanisms underlying mitochondrial inheritance—specifically, that mitochondria (tiny organelles that fuel the operation of the cell) are sequestered in the posterior of the embryo where germ cells develop, ensuring the faithful transmission of mitochondria via oocytes (female germ cells). More recently, her lab has described the mechanism by which only the “best” mitochondria are passed on from the mother to offspring. The findings are helping scientists better understand the genetic underpinnings of human mitochondrial diseases.

While Lehmann was making breakthrough discoveries with Drosophila, Priess and Seydoux were doing the same with a different model organism: the microscopic nematode Caenorhabditis elegans. Although these two developmental biologists have worked independently of each other, their discoveries have been remarkably complementary, and both have demonstrated extraordinary innovation in their experimental approaches to understanding C. elegans’ embryological processes. Priess showed that early embryogenesis depended on intercellular signaling, similar to vertebrate embryogenesis, and developed an innovative genetic screening method to identify regulators of cell fate.  Priess and his collaborators identified the PAR genes that specify embryonic polarity, and PIE-1, SKN-1, and MEX-1 that specify the fates of early embryonic cells, including germ cells.

Seydoux has also taken innovative approaches to studying the germline of C. elegans. Combining various biochemical and cell biological techniques, she showed that inhibition of RNA polymerase II, the enzyme that activates genes by producing RNA from DNA, is an essential first step to prevent new germ cells from converting into somatic (non-reproductive) cells. Seydoux also provided insights into how new germ cells rely on mRNAs synthesized in eggs to specify their unique developmental potential. She described how mRNAs synthesized in the egg are incorporated into protein aggregates that segregate to the posterior of the early embryo to find their way into the new germ cells.  She also found that, unlike somatic cells, germ cells regulate genes mostly at the level of translation (the process that translates RNA into protein) using sections of mRNAs known as 3’ UTRs.