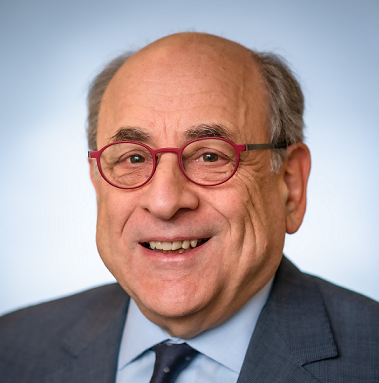 During a career that has spanned more than four decades, Stuart H. Orkin, MD, of Harvard Medical School, Dana-Farber/Boston Children’s Cancer and Blood Disorders Center and the Howard Hughes Medical Institute, has made a series of groundbreaking discoveries that have revolutionized our understanding of the molecular basis of inherited blood disorders. In the late 1970s and early 1980s, using the then-emerging techniques of recombinant DNA, Orkin identified the majority of genetic mutations behind the various types of thalassemia, an inherited blood disorder characterized by inadequate production of the protein hemoglobin, the oxygen-carrying component of red cells. This ambitious undertaking led to the creation of the first comprehensive genetic “catalogue” of a human molecular disease. Awareness of the diverse mutations facilitated prenatal diagnosis, allowing parents to avoid birth of children who will suffer from severe, debilitating disease. Orkin then turned his attention to another inherited blood disorder, chronic granulomatous disease, a condition in which white blood cells cannot kill bacteria and fungi. Affected children are highly susceptible to chronic and potentially fatal infections. In 1986, Orkin successfully identified the gene causing the disorder. This discovery marked a genetics milestone: It was the first time a laboratory technique known as “positional cloning” was used to identify a gene responsible for a human disease.

After this remarkable achievement, Orkin focused on identifying the transcription factors, or proteins, that regulate the expression of the genes involved in blood cells. This effort led to the isolation of GATA1, the “master” regulator of all genes in developing red cells. GATA1 was the founding member of a small family of GATA proteins, which direct formation of different types of blood cells, as well as cells in other tissues in the body. The study of GATA factors provided critical insights into the formation of blood stem cells and how disruption of normal gene regulation leads to leukemia.  In the early 2000s, Orkin turned to the longstanding challenge of finding the molecular regulators that control the switch from fetal to adult hemoglobin around the time of birth. Researchers believed that turning off that switch and reactivating fetal hemoglobin in individuals with beta-thalassemia and sickle cell disease, two inherited blood disorders that affect the production of the adult beta subunit of hemoglobin, might restore their capacity to make hemoglobin and lessen disease manifestations. In 2008, Orkin reported that inactivating the gene BCL11A reawakened production of fetal hemoglobin in laboratory cultures of developing adult red cells. His lab then went on to demonstrate that turning off BCL11A alone was sufficient to reverse the hallmarks of sickle cell disease in genetically engineered mice. These stunning findings formed the basis for promising new gene-based therapies for beta-thalassemia and sickle cell disease. In two small clinical trials published late in 2020, researchers reported that inhibiting BCL11A expression reduced or completely eliminated the symptoms of both diseases in human patients.