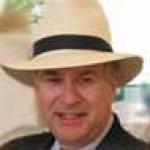 As a telecommunications expert, management consultant and investment advisor, B. Waring Partridge has extensive private and public sector experience. His government service includes high level staff positions in Congress and the US Trade Representative’s Office, a stint as acting US Deputy Assistant Secretary of Commerce, and work as a State Department consultant. For most of the 1990s he was a Vice President of AT&T for corporate strategy and new businesses; he holds 16 patents for telecommunications systems and apparatus. In 1998 he was also an Adjunct Professor at Columbia University Business School. Since 2002 he has been Managing Director of Windward Capital LLC (formerly Investment Security Services LLLP) and CEO of its subsidiary, Antilles Financial Services Group LLC.

He holds a degree in economics from Yale College and a law degree from Catholic University Law School and is a member of the Washington, D.C. Bar. An avid adventurer, Partridge spent 1999 to 2001 sailing around the world and ended up in the U.S. Virgin Islands where he met Peter and Patricia Gruber. He now makes his home in New Haven, CT, with his wife, Carmen Kerkhoven Partridge, and their three children, Cora, Benjamin and Anda. In addition to being a Director of The Peter and Patricia Gruber Foundation, Mr. Partridge is a Gruber Member of the Board of Directors of The Gruber Foundation (at Yale University), with a lifetime appointment.