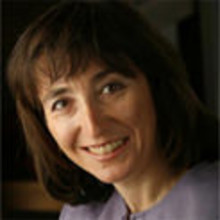 Wendy Freedman completed her Ph.D. in Astronomy and Astrophysics at the University of Toronto in 1984. She is currently a University Professor in the Department of Astronomy and Astrophysics at the University of Chicago. She is also the chair of the board of directors of the Giant Magellan Telescope (GMT) project. Previously, she was the Crawford H. Greenewalt Chair and Director of The Observatories of the Carnegie Institution of Washington (2003-2014), a Faculty Member (1987 to 2003) and a Carnegie Fellow (1984-1987) at the Observatories. Dr. Freedman was also a Principal Investigator of the Hubble Space Telescope Key Project on the Extragalactic Distance Scale, a project to measure the current expansion rate of the Universe.

The Gruber Foundation awarded the 2009 Cosmology Prize to Carnegie’s Wendy Freedman; Robert Kennicutt of the Institute of Astronomy at the University of Cambridge; and Jeremy Mould at the University of Melbourne School of Physics. The prize is for their work defining the Hubble constant—the rate at which the universe is expanding.

Dr. Freedman's principal research interests are in observational cosmology. Her current research interests are directed at measuring the past expansion rate of the Universe, and in characterizing the nature of dark energy, which is causing the universe to speed up its expansion. For more information about her research, see: https://astro.uchicago.edu/people/wendy-freedman.php#research-person